When you look at the far reaching legacy of Henri Cartier-Bresson you could say he was a man of few words, at least in relation to the large body of photographic work he has left for future generations to admire, and on occasions attempt to decipher. However, we know he had strong ability to express himself with words, choosing them wisely, but he was also acutely aware when he should stop to let his images do the talking. There is to me a consistency of message that runs through his work [and words] and I would surmise that it is based upon the beliefs and values that ruled his being and not simply a construct he wished to project. I’d just like to point out before we go any further I’m going to resist quote rattling as I think there are far too much people asking us to understand the man simply through the regurgitation of their chosen sound bites [many of which we know well anyway].

As many of us well know Cartier-Bresson started out as an enthusiastic painter who would visit the cafes in Paris where the surrealist movement aired its thoughts. This is quite obviously something of vital significance for a man who would transpose some of these ideas to the world of photography and go on to be a great pioneer in the field. However, lets dig deeper & paint a vivid picture of his background. I feel its important to re-imagine what life was like for him in the first half of the 20th century to gain a better understanding of his work rather than view it [as we often tend to] in the context of our era. 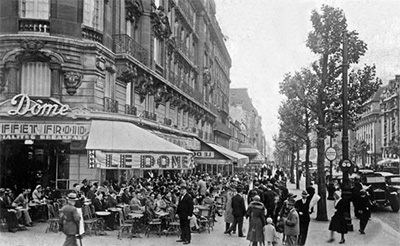 The Parisian cafes such as Le Dome were a rich breeding ground for development of new ideas that today we place little significance upon. The Surrealists would talk about things like philosophy, philanthropy, politics & Freudian psychoanalysis. They would place significance on mysterious items whose beginnings were unexplained, including the surprise of finding the photographs of Eugene Atget. Possibly less well understood [to photographers at least] is that they also kept a close eye on the politics of the day. The European political situation had as great an effect upon life then as it does today and needed to be understood as part of what was happening on the ground. Their pursuit of freedom of expression was dependent on liberal politics.

In the 1920s and early 30s there was a great optimism in Paris that The Great War [WWI] had given way to a future more stable and protective of the idea that individuals could express themselves freely and with a grace that could be admired and learned from. They were convinced that they were at the epicentre of a new age of individual freedoms. If you look at the development of Surrealist art from this period it reflects exactly that idea, a loss of inhibitions, a growth of self discovery & awareness, a movement of enlightenment in part through the acknowledgement of and unleashing of the power of the unconscious mind. 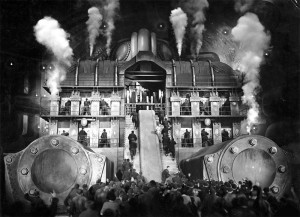 Germany on the other hand was a country struggling after the war with much political wrangling over how to deal with their deep economic crisis and growing anger over what they saw as the humiliating terms of the Treaty of Versailles. Right wing political papers laid down increasingly totalitarian ideology that would pave the way to Nazism in the 30s. Socialist Marxists were systematically expelled from the country labelled as threats to social & economic progress. The classic German sci-fi film Metropolis epitomises the feelings of fear of an industrialised dystopian future where individuals were mere cogs in an ultimate machine. The film’s message was delivered through a ‘fictional’ visual poetry as to write in a factual or political sense about the same views would have led to immediate censorship and political persecution. So how did what was happening in Germany relate to Cartier-Bresson?

Some of the Marxists ended up in Paris welcomed by the Surrealists who already held Marxist ideology in high esteem. Meanwhile in the cafes, ears listened to the conversations which proposed ideas leading towards a utopian future where all people were free to express. These were new ideas and feelings of their era and this was some of what Cartier-Bresson witnessed first hand ever before he picked up his camera. This was a kind of optimism which some felt had to be communicated to the people, yet the classical political manifesto seemed like the wrong method. 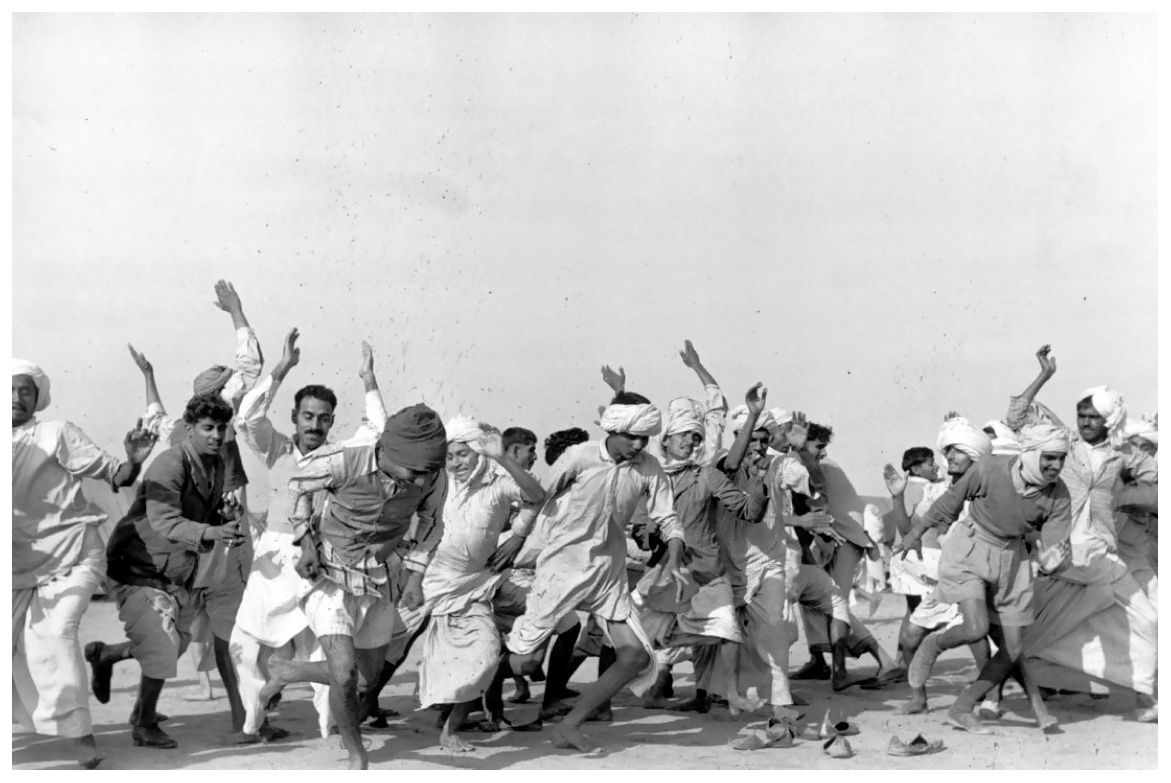 “I am an Anarchist” Cartier-Bresson suddenly declared when pressed many years later upon his political views. What he didn’t mean by this is that like the punks of the late 70s he wanted to physically break the place up as a way of dismantling the imposing system. Yet his feelings were that the hierarchical social system could be dismantled. He made a point of never taking [or at least showing] photographs bolstering hierarchical order such as distinguished royalty, or indeed anyone being served or abused. The kind of social chaos that he gravitated towards in his pictures was indeed a visualisation of his political views [or apparent lack of them]. The quest for empowerment of the common man is always evident. This can be interpreted as a kind of visual socialism.

Children at play was something that he felt was important to show in photographs as if to remind us that we were all once care free children, in a kind of harmonious anarchy where any form of social order fades to irrelevance. This reminder is something that we see in so much reiterated in street photography to this day, yet his photographs capture it in such a convincing and poetic fashion. They have the authenticity of someone who not only understood and wanted to project such ideas but of someone who was completely enchanted by them. Key to the significance of his work is that these ideas and feelings were new to photography at the time and he was certainly aware of this, which in turn solidified his sense of purpose in bringing this message back to the people. He found ways to appeal to peoples desires on their own terms, through the evoking of childlike joy, through the triggering childhood memories. In some sense I would argue, in his own mind he was through his work fulfilling the desires of the socialists and Surrealists that came before him. 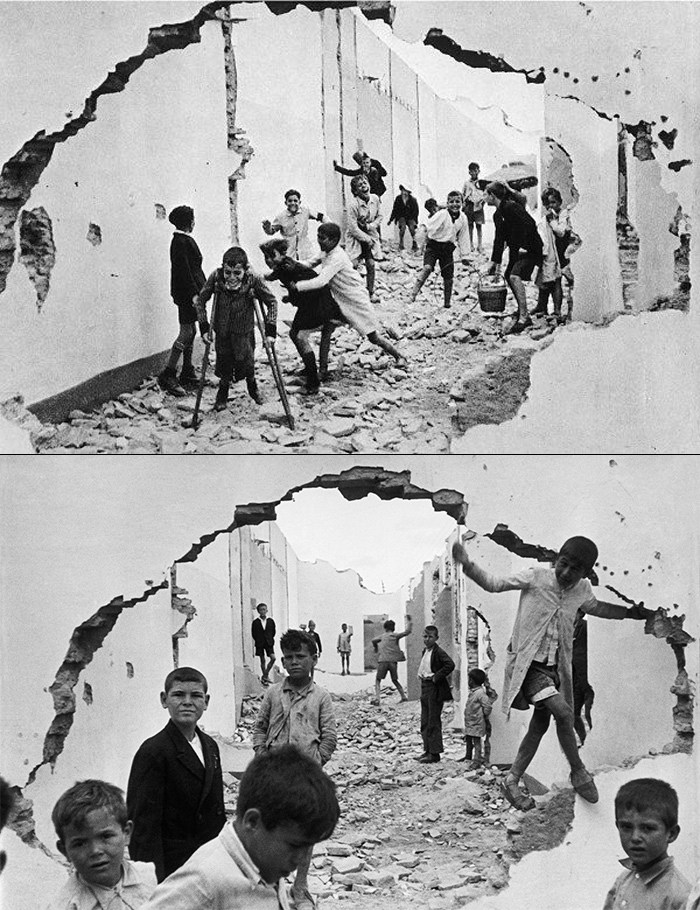 What I don’t want to do here is start attempting to dismantle his many great images in terms of metaphoric language, as that only detracts from what the work is about and gives my own biased view on what it is ‘supposed’ to mean. However, if I were to pick an image of his that sums up my interpretation of what his work was about, I would pick the one of the children rushing towards the hole in the wall [actually its the two images in sequence]. For me they encapsulate all of what I’ve said above about this man and his background. The children lost in the joy of the moment represents the harmonic anarchy, the child rushing forth on the crutches represents the empowerment of the common man and the hole in the wall represents the rejection of materialism & the breakdown of barriers; the regimented systems maintained to impair our total freedoms as humans. Of course these images were never designed to describe in such a fashion yet their significance is representative of a man’s core beliefs aligning with the magical serendipity that only life itself can provide. 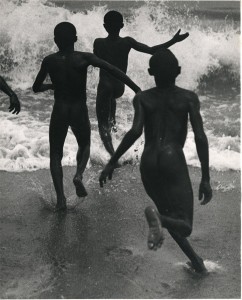 I’m going to bring one other image into play here called Three Boys at Lake Tanganyika by Martin Munkacsi, as it was so significant to Cartier-Bresson on his fascinating journey through life. I remember when I first saw the photograph of the kids running towards the water that apparently changed everything I had been expecting to be blown away. I remember thinking its a nice image yet not exactly ground breaking. I dismissively thought I’ve seen it all before, yet what I forgot to realise is that what I had seen before all came after.. I was thinking in the context of the 21st century as opposed to the early 1930s when this image took effect upon Cartier-Bresson. Worth noting is that such a moment of spontaneity had been incredibly difficult to capture before the 35mm era in photography. The image became more significant to me many moons later when I looked again and thought yes, here is a kid with the gift of joy leading the others to the water, yet not leading through any form of plan or coercion. I quickly imagined Cartier-Bresson saw himself as this leading child bringing everyone with him towards the realisation of a more joyful less materialistic existence. In my mind I had gotten what he meant, what he felt he was about, his place, his purpose in the world.

If I were to hypothesise on why Cartier-Bresson virtually stopped taking photographs in the 1970s I would say that in the face of the rise of corporations & commercialism the utopian values projected in his images were becoming more distant for him to believe as a kind of emerging reality. I would surmise that with his heart feeling that his romantic view of the world was no longer within reach the only course of action was to accept this & return to painting. After all, frustration played no roll in the capturing of such joyful encapsulations of life.

That beckons the question in the 21st century why we should try to continuously emulate his work in an era with totally a different feel? I would ask why do we want to reiterate the joy of childhood to people when not only are we living in a more materialistic, regimented  hierarchical system than Cartier-Bresson [here in the western world at least] but that system is also [to my mind at least] encroaching upon the joys & naivety of childhood itself. Is it not more becoming about projecting to others how we want them to think we feel as opposed to how we really feel underneath? A bit like so many of our facebook photographs. Could it be about a desire to detach from the unpleasantries of our era? Do we want today’s documentary images to keep reminding us of the 1950s?

Yes of course we can take influence from Cartier-Bresson and apply it to our expression of our age yet it seems plainly obvious to me that continued emulation of his ideas alone is more about detraction from our own era and its true meaning. Yes, its nice when a photograph spreads feelings of joy and inclusion but if that’s not what the whole of the heart feels it is not a true picture.. and that’s the part that might take time to figure out.