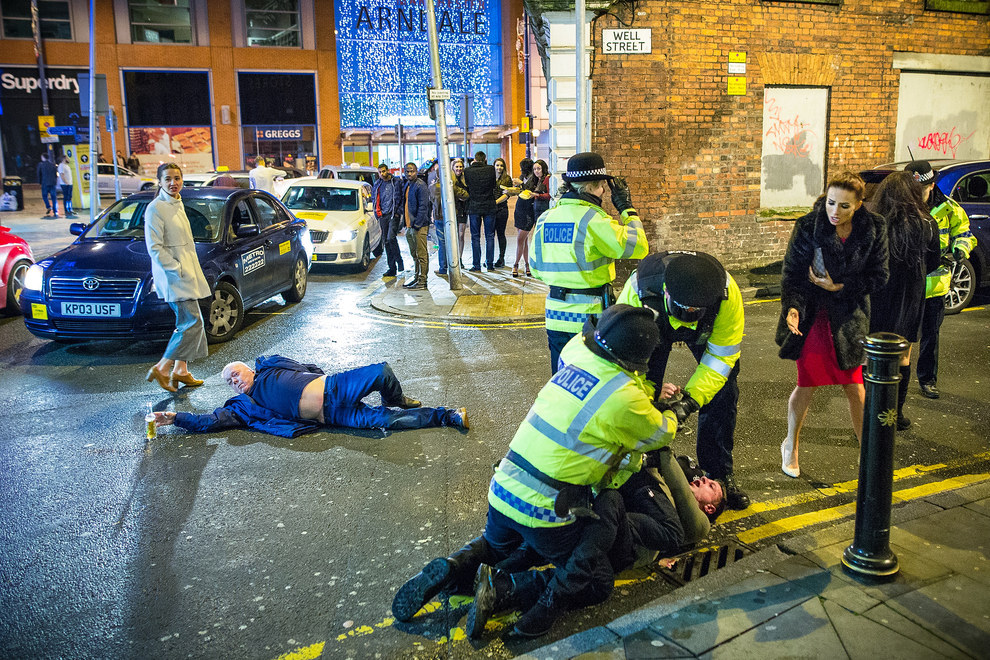 It has been suggested that the photographs of today that will be most relevant tomorrow are the ones that most adequately capture the feeling, the atmosphere of the times. Pictures of past eras will always be looked at [and judged] very much differently to pictures of our present day. There is to my mind a kind of paradox here in that so much street photography shot today tries to tie in more with a comforting nostalgia of the past while actually being about nothing but the present. To state the obvious all photographs are inescapably about the present moment in which they are taken.

While there are many talented [and determined] photographers out there producing great images in the ‘classic’ street category, my feeling so often has been that these images will retrospectively by default become somewhat irrelevant in relation to the genuine classic street photography of the 50s and 60s. If this is true then the justification of producing such photographs for future generations falls completely flat. Why would someone in 2050 choose to look at a photograph from 2017 that looks like the 1950s? Surely they would prefer to look at an image of the 1950s. When they choose to see a picture from 2017 presumably they want to see what it was really like, not just the nostalgic preference of the photographer seeking the feeling of the past.

When it comes to archiving photography for the future the previous questions are vital to address on the basis that what we see today will be judged differently tomorrow. The further a photograph travels from its time and place of birth the more it transforms in the minds of the viewers from what it was. Ever evolving culture makes that inevitable.

John Berger, who unfortunately died very recently had many ideas on photography. When talking about Salgado’s work he suggested that to point a camera and take a picture is to absorb and learn to accept the reality that confronts the photographer. In other words to shoot someone’s suffering is in a way to learn to accept that suffering. This may sound quite callous but he goes on to say that in order to precipitate change in ones own mind [and beyond] one must first learn to accept the reality that confronts them. This idea when applied to photography is powerful. It is distinct from the idea of capturing suffering just because it may be considered aesthetically pleasing or popular with a particular audience. He is suggesting that photography can play a role in dealing with crisis by using visual means to absorb the crisis for what it is. A crisis can never be resolved without first accepting its presence.

So maybe the continual viewing of images that relate to the carefree nature of another time has something to do with wanting to escape from the anxieties of the present day. If this is the case then as a pastime it could be compared to watching lots of Netflix. Entertaining surely, but challenging? ..I’m not so sure. I believe art has to continually challenge our set of preconceptions about living. This is to say challenge our notions of beauty, of pain, of joy, our way of thinking and at root; our current way of being. Powerful art can hit us like a bowling ball when our expectations let their guard down.. and it may not be when we are confronted with the art physically but confronted by the subsequent thoughts in our mind.

Something we routinely underestimate is the digestion of art.. especially on the fast paced internet. Yes, first impressions matter but they are not everything. For example how many people look at Parr or Eggleston for the first time and immediately like it? Very few I’d say, their work I believe requires a period of adjustment of how we see in order to appreciate it for what it is. If we try to digest too much photography too quickly [like continuously looking through endless photo feeds] then our thoughts only become foggy and direction-less. Besides it causes us to veer towards the immediately sensational [the pun] and routinely miss the quiet subtleties [the poetry] that is essential for photographs to survive being looked at. I could go on but I won’t cause I’ve written about it before. 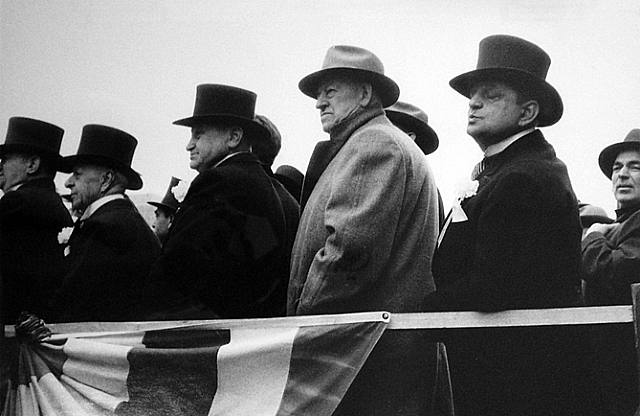 I think its pointless to sum up in words what it feels like to live today anywhere near as effectively as it could be summed up in photographs so I won’t try. It stares us in the face, so can we face it? They say visuals always precede words.. we most often know what something looks like before we know how to translate that back into words. What I do know is that there is a growing anxiety about the state of our world and our perceived inability [certainly as individuals] to do something about it. Overpopulation, climate change, robots and AI, economic uncertainty and Donald Trump. These are all things that make many of us anxious, depressed and somewhat detached.

To name a few photographers who I think have faced these kind of anxieties through their work: Robert Frank, Garry Winogrand, Martin Parr and Trent Parke. I see their work as very non-classical in the sense it tends to deal with anxieties related to the fear of a dystopian future as opposed to ideology related to the desire for a utopian one. These are photographers who cared about the state of the world yet their work is very personal. Parr has gone as far to suggest that it may already be too late for us to recover from our imminent demise as a species, incidentally similar to what Noam Chomsky has expressed continuously for several decades now. This is not to say we are doomed but to say if we don’t firstly absorb that possibility we cannot come together to do something about it.

I’m not here to belittle the photographs of people whose work reflects a carefree world as this may be genuinely how they feel in their lives. However, reiteration of the same ideas always lead to dilution. Street photography to me is not just a visual thing for our pleasure, it records the time and space in which it examines in relation to the thoughts and opinions of the photographer, and has the power to sum up visually before we find the words.

I believe the photography that will be important for our time will motivate us to find ways to face the problems of our world together with bravery and if we end up failing in that task at least we can say we bloody well tried! ..can’t we?