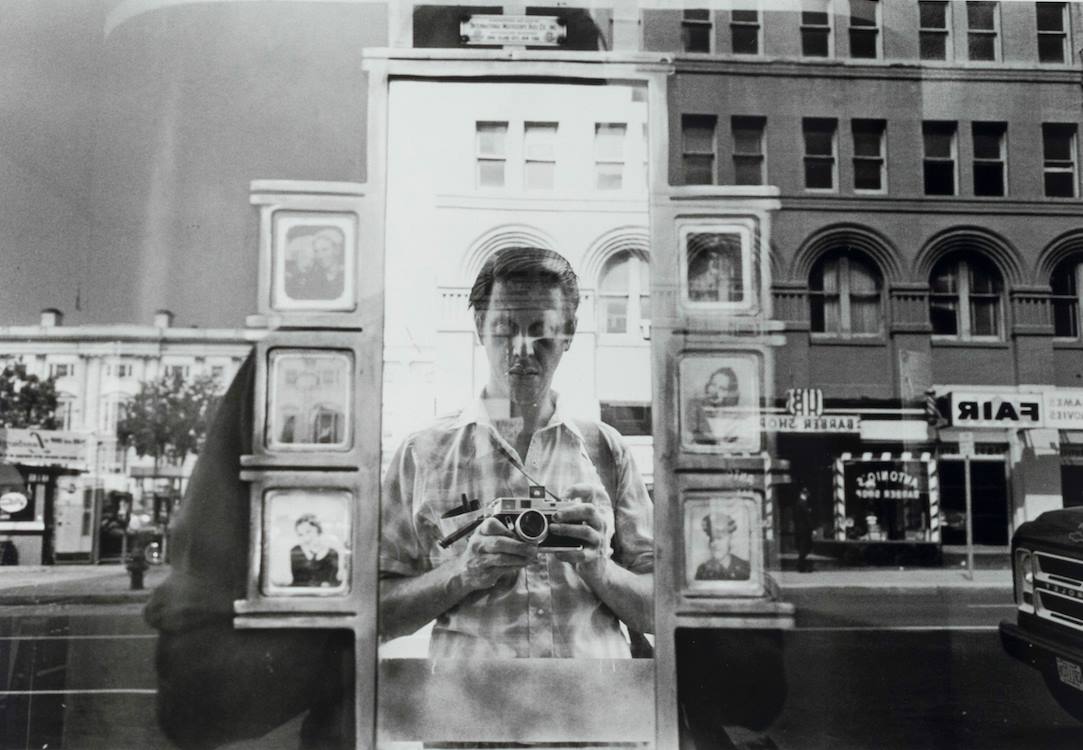 For over 60 years Lee Friedlander has been documenting with an insatiable curiosity above and beyond the norm. His photographic journey has obviously been a very personal one which happens to time and again question his sense of self & his surroundings in the context of what he had been taught to think as an American. Road signs instruct us in specific situations yet their continual re-appearance in his work is like a questioning of that which we generally take for granted, a questioning of the very things that usher us towards uniformity.

Many of his ‘social landscapes’ may seem bland at first yet they seem to contain a vision of a kind of urban structural beauty that tends to remain invisible to us city dwellers during the course of our daily lives. Somehow it’s like they contain fragments of thoughts as if the metaphoric content of a dream was laid bare for all to see. Littered with these clues with no definitive answer we are ushered to navigate these images like a detective looking for clues to build the bigger picture.

His work seems to pay little attention to trying to fit within a pre-existing frameworks such as ‘street photography’ and its label as such only has come out of a need to label. It bares little similarity to Cartier-Bressons work both in terms of approach or outlook. Eugene Atget and Walker Evans may have been more obvious influences. His work is distinctly American in the sense of trying to deal with the ‘matter of fact’ urban reality of what was emerging as opposed to the upholding of any form of romantic idealism that remained somewhat cemented in the lineage of the European arts. Evans, Frank, Winogrand and Arbus were also patrons of what you might call a divorce from classical European art history. 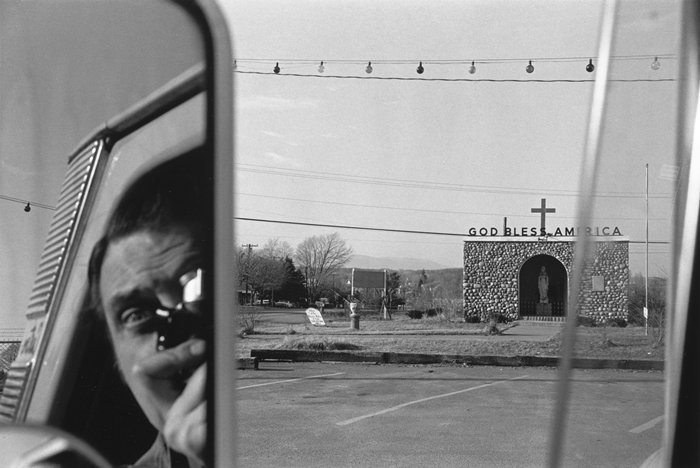 This wasn’t by plan.. it was simply American photography emerging as an art in its own right, somewhat free from the weight of expectations that had been laid down before. This is fitting because America’s identity was increasingly about what it was becoming than what it had been.. change in Europe was slower by nature & [particularly after WWII] had become somewhat dependent on America’s lead.

In a world where we take much for granted, its hard to imagine the effect that television was having on peoples sense of identity in 1950s & 60s America. Commercial advertisements were bombarding & penetrating peoples lives as never before, showing them what they ought to have in order to become better than what they used to be. They started to pry on our anxieties. This connection between the TV and personal identity was explored by Friedlander in frank and sometimes mildly comical fashion. It is about seeing the things we are most accustomed to looking at in a different way. We are reminded by these images that looking at something doesn’t require seeing it for what it really is. Worth noting is that Friedlander’s generation were the last in the US to go through their childhood without this level of commercial visual assault as standard.

What Friedlander crafted since the 1960s was an unique personal vision yet one that any city dweller can relate to. People, when presented in the frame often had an anonymous feel, as if they were losing their identity by their presence in the urban environment. To me its like an ever present feeling of the machine manufacturing cultural homogenisation. While people may have had anxieties about that, few could initially find ways of expressing it with words.

So often when someone develops an artistic vision they do so from the peripherals of the society they wish to comment on. In Friedlander’s case it seems evident that his work is about his connection to this emerging environment but also about his misgivings which allow him to take a step backwards in order to try to see it as it is, as he wants to understand and define it to himself. In many of the images there are strong borderlines from poles, cables or fences. I think that reading these as metaphors somehow reflect his position in society as on the boundaries between in one sense the desire to have something to belong to and in the other of seeing it as something completely alien. Its as if his images allow us to feel like we are on the fence between belonging and the wilderness.

Friedlander has suggested that he shot many of his images without much thought about why he would include certain motifs [e.g. roadsigns, mannekens, billboards etc.] Yet when he noticed these patterns while editing work he would group photographs together and develop his understanding of their meaning on that basis. This allows ideas to emerge and develop in an unforced way using the visual information to better understand himself as well as his surroundings.In the end its like these reoccurring elements are cropping up like metaphors in a dream.. they happen to end up there and so they happen to have deeper meaning.

It seems apparent from all this that what was going on in Friedlander’s mind was an attempt to create a visual order from the explosion of the new urban world unfolding in front of him. 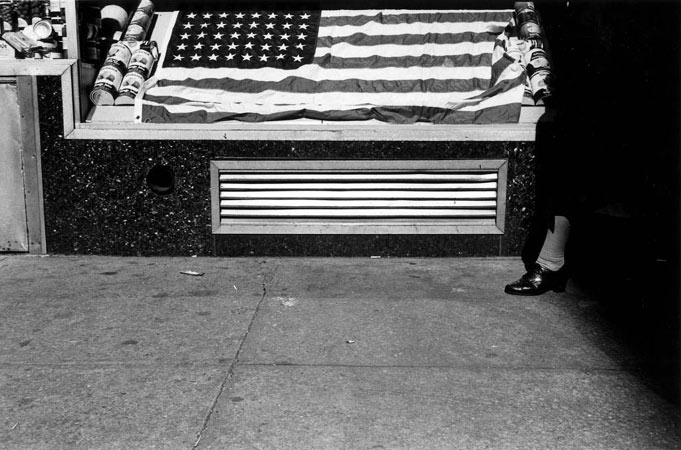 I think something that Friedlander’s work shows us is that rather than photography being about trying to solve the problem of trying to find the most beautiful pictures for an audience the desire to make it more personal and deeply inquisitive is key to its real purpose and meaning. In essence its about having a willingness to honestly learn about himself through his surroundings and vice versa. We still have much to learn from the example of Friedlander in this respect, especially in an era where the temptation to produce photographs that tick the boxes of playing up to a waiting audience on social media has never been greater.